The client’s existing building had hit maximum capacity, forcing them to look for a new space. They approached Mayhew to help them find a new site, as well as design a space according to their specific list of requirements. At their existing site, Managers in private offices were being moved out into the main space. The staff footprint also needed to be reduced. Because they were looking for an open, collaborative layout, Mayhew had to accommodate private support spaces such as, telephone rooms, enclaves and meeting rooms. They also wanted to ensure that the space felt inviting to their clients and guests.

The final design process included developing a brand identity for the client, in addition to creating a collaborative space. Mayhew incorporated a town hall environment that accommodates three separate meeting spaces, which open up into one bigger town hall space. A multifunctional lunchroom was created that allowed space for staff to have their lunch, but during the remainder of the day when not in use for lunch, it also offers staff a secondary space that provides various seating options as well as space to meet with clients. A feature that the client wanted Mayhew to prominently capture is their mission to ensure the happiness of their staff. As a result, Mayhew included an area where staff could take a break and play games, such as pool and foosball. The space offered functionality and collaboration, while still remaining a showpiece.

Connect With Our Team

Experience More Of Our Work 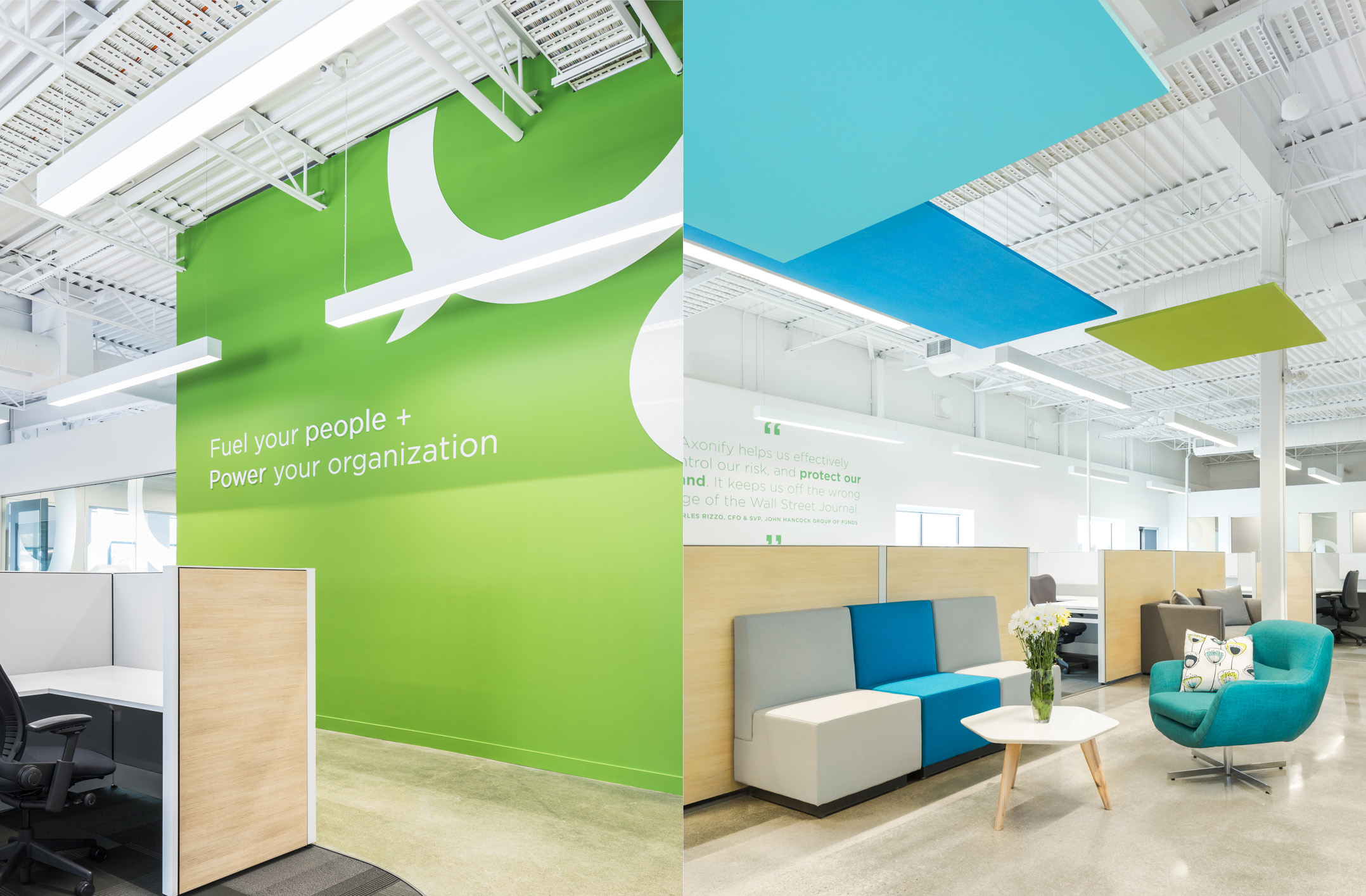